The head and the tablet of Pepper are associated thanks to an encrypted key called "Token".

If you swap Pepper's head with another then the token on the tablet will be wrong because it's sill associated to the previous head and then you won't be able to use your robot.

If you are still on the Getting Started Wizard screen, then it will be stuck on "Confirming Connection" or when you will try to look at your robot's information on the tablet settings, you will see it disabled in grey like in the following picture : 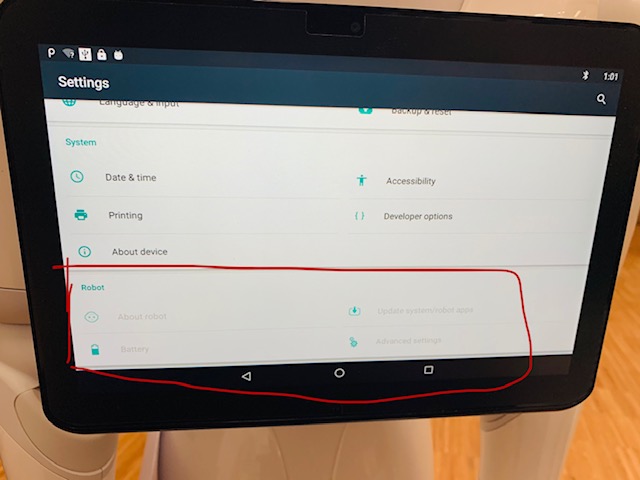 This can happen if the Pepper's head is not connected to the same network as the tablet.

So the first thing to do is to try to connect Pepper to the same network.
If it's still not working, then you may need to remove the actual token and it will automatically create a new one to associate the head and the tablet together again.

How to remove the token ?
(initially when the robot is new, the login is "nao" and also password is "nao") Once logged in:
Normally it won't display anything, it will just return to the next line and then the "Robot information" on the tablet should not be grey anymore and be now accessible.

Was this article helpful?

Thank you for your feedback

Sorry! We couldn't be helpful

Thank you for your feedback

We appreciate your effort and will try to fix the article

Articles in this folder -